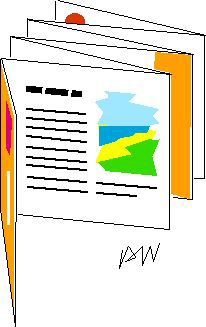 It was the early 1950s, Sitting at my desk one morning overlooking Kingsway, London WC2, in the new and exciting Kodak Technical Publications Department, I looked up to see the chief editor coming over. ‘Just been in with Sharpless,’ he said. Stanley Sharpless was the ultimate big chief. ‘And he wants to see you.’ Something lurched inside me. What had I done?

He cleared his throat. ‘It’s something about – well, about your job.’ The lurch came again, a bit higher up. I had been in the department for about a fortnight, learning the job of writing instruction booklets for the company’s cameras, photographic materials and chemicals.

Heart thumping, I walked along the corridor to his impressive office. But before we go any further – have you heard of Sharpless? Ever heard this?

Born in 1910 Sharpless had worked his way up from office boy to that position. He first appeared in print in 1932. Winner and runner-up in the New Statesman and Spectator and other literary competitions for half a century or so, his verse was broadcast by the BBC and represented in many anthologies. In retirement he became busier than ever, having found that live audiences as well as readers liked him; he was a favourite stand-up comic in Dorset village entertainments. Here is another of his prizewinners.

Prince Hamlet thought Uncle a traitor
For having it off with his Mater;
Revenge Dad or not?
That’s the gist of the plot,
And he did – nine soliloquies later.

I knocked on his door and went in. He motioned to me. ‘Sit down, Paul.’ My mouth as dry as a dustbag, I sat down in the chair indicated and waited for the bad news. Through the open windows floated the growling of Kingsway traffic.

‘I’ve had an idea,’ he said. He straightened out a long strip of paper on his desk, plain paper covered in pencil notes on both sides. He had folded it concertina-wise to form a four-inch square.

‘This is just a rough, of course,’ he said. ‘I want you to commission an artist to draw the pictures after you’ve written the text. It’s just a helping hand for people. A lot of people just don’t seem to understand how take a good picture. How to hold the camera, how to avoid sun-glare and blurring and so on. And I want a free leaflet to be available in every Kodak dealer’s shop. In England and overseas. We’re going to call it TRAVEL TIPS BY KODAK so, ostensibly, it’s for people about to go on holiday. Here’s my rough.’ He pushed the paper across the desk. ‘Take it. Spend some time with it. I’ve scribbled the headings all the way through. And I want the illustrations to be jolly little things. Watercolour sketches. Dotted amongst the text. All right?’

He smiled as he said it, and it was a friendly smile.

As I went into my own office all five of the other authors were grinning at me. One of them couldn’t suppress giggles.

They broke into a little cheer. I gathered that the ‘Travel Tips by Kodak’ leaflet was by now the talk of the whole department – it had been discussed for weeks and was known as ‘Stanley’s Tips’. They’d all been waiting to see who got the job and now they wished me luck. Over the next few weeks I finished it and, in the process, learned how to handle good-natured cracks about tips and travelling.