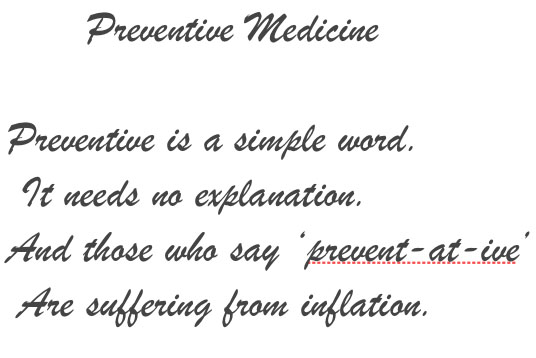 I‘m afraid, for this bit of fun, the reader has to know something about Charles Wesley, the English hymnwriter of the 19th century, and in particular his love for – and his extraordinary skill in using – the English language. In his well-loved hymn, ‘O thou who camest from above’ he uses the word ‘inextinguishable’. At first sight it looks unsingable. Then you find that, with absolutely no effort, you’ve just sung it. Wonderful.

Your retirement age is coming within sight? Right. You’re just the age I’m looking for. Please think back to your childhood. On those frequent occasions when you waylaid your elders and asked them for help with a toy, a gadget of some sort, did you ever have any doubts about their ability to get it working? Or, at least, that they would ‘know someone who can’. I think I see you shaking your head. No. When we were kids, grownups, although capable of being a bit of a nuisance, could do everything. Everyone knew that.

As we saw our grandchildren growing out of their infancy we expected to be able to return a few favours. In childhood we had been the learners; now, we were looking forward to being the teachers. But these children, silently, unobtrusively, were beginning to turn things upside down. Gradually, we realised that the pleas for help now came from our own mouths. These young, quick-witted, genned-up know-alls of eight or nine or ten were just about running things for us. And slowly we have come to terms with the strange situation. We sit and stare at our computers and get close to tears of frustration when the wretched thing does the opposite of what we intended. Things vanish from our screen for no apparent reason. We thump the desk and hurt ourselves.

Then, in comes the kid. ‘OK. Can I sit in your chair, please?’ They sit. With a little smile on their sweet faces they rattle away on the keys and swipe and click and whistle contentedly. They jump up. You thank them. The job is done.

On holiday once, having done a bit of shopping I signalled the approaching bus. As the door opened an enormous burst of noise hit me. It was practically full of under-twenties, all of them shouting at each other. Do you find that adolescent male and females shout? Even when they’re sitting side by side? Perhaps it has something to do with the headphones.

Is the human voice undergoing a change? Boys seem to have developed an indecipherable guttural, glottal-stopped, gabbling bark with hardly any d or t sounds and girls speak with clenched jaws and their tongue clamped to the roof of their mouth so that it’s impossible for them to give vowels their full, rounded shape. Their only usable vowel is ‘eeee’. And, their jaw and their tongue being the way they are, the only way out for sound is the nose. One comical result is that they are unable to pronounce the ‘oo’ sound, so that when they come to sing ‘Happy birthday!’ it has to end with ‘tee yee’.

We were a few hundred yards from my stop, and I pressed the stop button. Whether or not the height of the volume inside the bus had drowned out the sound of the bell I shall never know, but we did not slow down. I rang the bell again but to no avail. With a hundred yards to go I leaned into the driver’s compartment.

I have never seen anyone jump so high. He stood on the brakes, I shot forward on to the windscreen. We stopped, I apologised to all, and got out. With the bus disappearing round the bend it was very quiet. 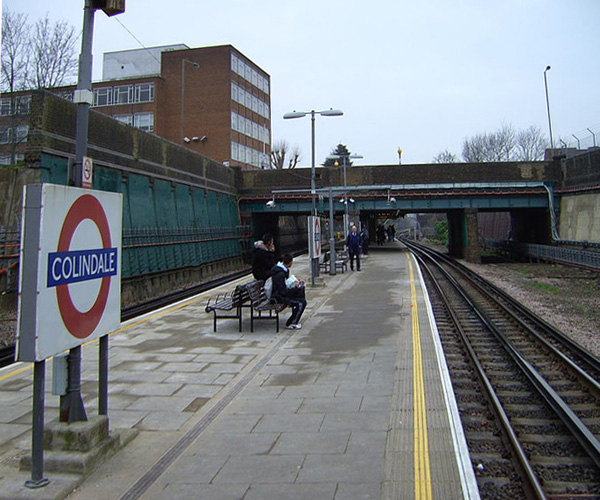 We were all children. I, and probably most of the others, had just left school, aged about 14. Frightened, we all filed into a huge, high-ceilinged room with neat rows of desks facing us. We were in this strange school-like room because (expressing things in the language of our parents) we wanted to become His Majesty’s Civil Servants, His Majesty being King George V. If we passed the exam we would work as his non-political staff. I had gathered that I would first become a messenger-boy, then, when I had learned all the rules and was doing all the right things and obeying instructions, I stood a chance of being made a Senior messenger boy. After that, all sorts of wonderful things could happen and I would become one of those smartly-dressed men in pinstripe suits and bowler hats striding along London’s streets, swinging their rolled umbrellas and looking important.

Personally, I was unsure about it all; I had the vague feeling that becoming important was not my goal in life. A pianist, yes. An actor, yes. A painter of portraits in a suitably untidy studio, yes. Definitely. But my father had other ideas for me and this day in 1937 (or was it 1938?), in this room, King George V would find out if I was cut out for the job.

We sat where we were told to sit. A man was standing at the front of the desks and, after a moment’s silence, he began to tell us what we were about to do. A pen and a sheet of printed paper lay on each desk and looked important. Pale faces all round me gazed at him, alert and cautious. North London traffic noises seeped through closed windows, London Underground trains, one of which had just brought me here, slowed and stopped at Colindale station, just visible from where I sat.

The examination began. I dipped my pen into an inkwell that resembled the one on my desk at school, and wrote my name, the date, and my home address. Pens scratched paper, little clearings-of-throat came from round the room, unnatural, nervous. Then, oddly, I felt my eyes smarting – the sort of feeling you get in the kitchen when dinner’s being prepared and raw onions feature. I became aware that the boy next to my desk was rubbing his eyes. Then the boy in front. Then there was a murmuring of voices and the man got up from his desk at the front, from which he had been watching us, and went to the door. My eyes were watering, I felt strange.

Then things happened very quickly indeed. We were bundled from the room and taken outside, handkerchieves at our eyes and asking each other what on earth was going on. Asking, and getting no replies.

Tear gas? From that day to this I have heard nothing of the event. I must have asked people but the memory of the day goes hazy and I remember nothing of family discussions or of questions being asked. Recently, spurred on by growing curiosity concerning that single, isolated five-minute memory that has stayed with me for over seventy years, I have peered into the internet’s historical corners and seen replicas of the 1937-38 news items and memories of incidents and accidents. But the mystery remains. The Metropolitan Police Headquarters, I have been told, was housed at Colindale at the time, and I have been reminded that tear gas was used in the training of ARP (Air Raid Precautions) staff: war was soon to break out. Was there a training course in progress in or near the building and did a gas cylinder get set off accidentally? Or was it possible that I was being involved in something more interesting, something darker, something a 14-year-old would have been able to brag about for months, years?

I never took that exam. Never got anywhere near His Majesty’s civil business. But for a couple of years I did achieve the always disputable distinction of wearing an un-pinstriped suit, a trilby hat and, rather impressively I felt, swinging a rolled umbrella as I walked along Kingsway every weekday morning and evening between Holborn Underground station and the London headquarters of Kodak Limited.