When you’ve grown up in a semi-detached 1930s two-up, two-down house with a tiny back garden and you’re suddenly told you’re about to live in an enormous palace it comes as a bit of a shock. My RAF driver nodded sideways as we approached a tastefully flamboyant archway, indicating the top of the tower appearing above the Burmese shrubbery.

‘This is where you’ll be living,’ he said. We were in Yangon, Myanmar, and it was the palace of Lim Chin Tsong. 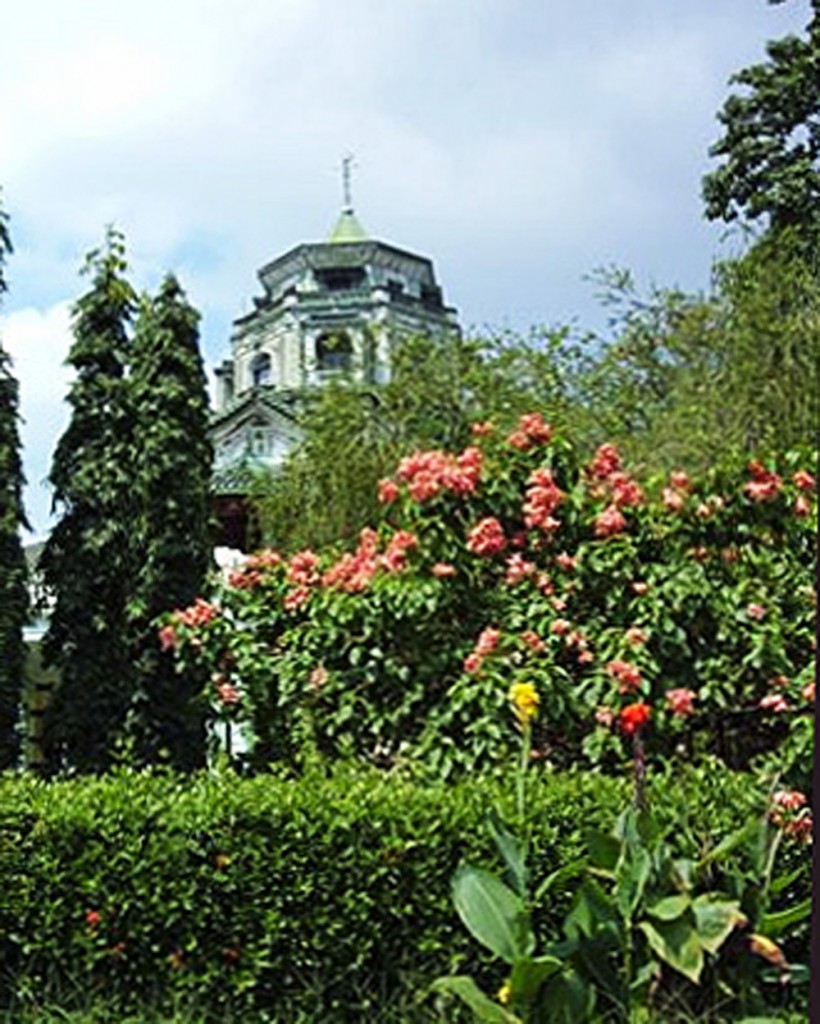 More and more became visible behind the shrubbery you see in the picture (I am indebted to Mr Davey Lim, the great, great grandson of Lim Chin Tsong, for giving me permission to use the picture) as we rounded a bend in the drive. You can see websites about the palace by entering the name Lim Chin Tsong in Google.

Two magnificent doors formed the main entrance; the wide reception hall halted me in my eager stride. Vast, beautifully lit from windows all round us, some of them in stained glass. We walked up a very wide staircase, beautifully carved in teak, to what would be my bedroom. I reckoned that you could have fitted three of my childhood bedroom into it quite nicely.

Life, for the few months I stayed here, was interesting. The whole site had been allocated to the RAF; the Japanese army had vacated the place only a matter of weeks before. One afternoon I peered down into one of their dugouts in the gardens and the air I breathed was unforgettable.

We were a maintenance unit. Aircraft equipment of all kinds came to us and the specialists among us dealt with whatever they were asked to investigate and put right. I dealt with cameras, aerial reconnaissance and gun cameras. But there was much spare time. I spotted a dump truck in the yard one day and I asked the engineer dealing with it if I could have a go. As I’ve said somewhere else in Musings, I could not drive. So I climbed up, found the switch and started the thing. Gingerly, I discovered which was the clutch and which the brake. This was tremendous fun. I jerked happily round the yard and was soon managing a reasonably smooth gear change. On one circuit I saw a snake sunning itself straight ahead. A chum of mine said afterwards that it was a Silver Krait, one of the deadliest – but unfortunately, he said, what I had seen was only the skin. They cheered me at dinner that night.

The full-size Table Tennis table in the entrance hall was a blessing. Crazy singles and foursomes went on into the night. Up in the room that formed the very top of the octangular tower the artistic among us would gather and use it as a studio, bringing in people from the town and working on portraits in line, watercolour and oils. I have to admit that the most popular model was a lovely girl who readily agreed to pose nude.