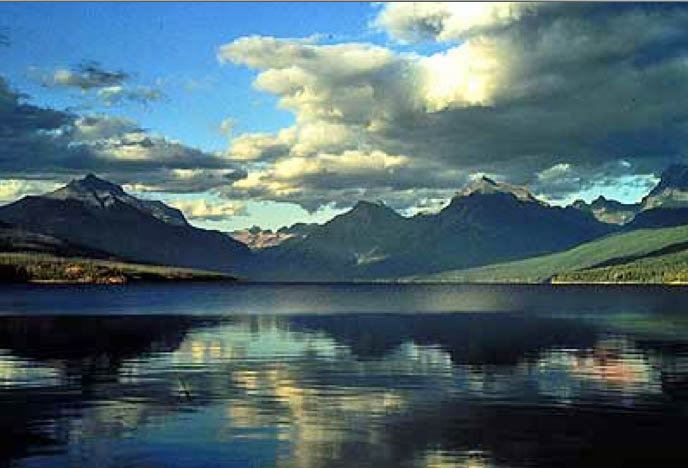 It was 1994. I was in a small apartment on a mountainside in the Laurentians. I was taking a bath. I knew I had plenty of time to soak before doing my talk to the assembled masses. The water was hot, wonderfully soothing after a gruelling transatlantic flight, London to Montreal.

I stirred the glorious water around me and shut my eyes. The local time was early evening but brain and body were way ahead of that, ready for bed and sweet dreams. The boy who had escorted me up the track said he would come later on and give me a knock when the assembled boys’ choir was ready for me.

I was at ‘Cammac’. Or, as it appears in the literature, CAMMAC. It’s been there, on the edge of Lake MacDonald, for sixty years.

CAMMAC stands for Canadian Amateur Musicians Musiciens Amateurs Canadiens. It welcomes groups, adults or children, interested in learning from highly experienced, bilingual instructors how to get the most out of their musical skills. The guests who had arrived for this week were choristers and leaders from the MBCC – the Montreal Boys’ Choir Course. This is sponsored by the Anglican Diocese of Montreal and affiliated with the US Branch of the Royal School of Church Music.

I had been commissioned by the Royal School of Church Music to write the libretto for a cantata, which the choir would perform in the enormous cathedral-like church of St George, Montreal. After consultation with choir and composer I chose the story of Samuel. The story: the boy Samuel and the strange voice he heard in the night. And now the time had come to listen to a choir of boys and men rehearsing it. In a week’s time, we would be listening to its first performance in the huge St George’s.

Dr Alan Ridout, was the composer. Throughout this week, Alan and I would be sitting somewhere at the back of the rehearsal room listening intently, he ready to offer musical advice should the conductor ask for it, and I to make any small changes to the words should they find bits that needed editing in order to make them sound better when sung.

Now, as I lay in my bath, eyes closed and sleep taking over, the choir and staff would be finishing their evening meal and starting to prepare for the preliminaries, which included an introductory speech from me. But, sleep having won, I was unaware of everything.

I was woken by a repeated knocking at the door. I sat up.

‘Just as soon as you can. Thanks. See you down there.’

I leaped out of the bath, hit my knee on something very hard and fell over. I only half-dried myself and you may know yourself how very difficult dressing is when you’re damp.

I looked for my notes; they ought to have been in my case, but weren’t. I found them in my flight bag. I ran out of the house and down through pine trees, tripping over a root. (I should say here that I am speaking of 1994. The setting is now still in the same place but completely re-styled.)

I entered the room just as the choirmaster was saying, ‘He ought to be here by now’ and, as I panted my way to the front, everyone began clapping.

After some fun, telling them what had just happened, I told them the story of Samuel. The 12-year-old boy who was in the protection of Eli the priest, and who one night was woken by the sound of someone calling him. He scrambled to his feet and ran to Eli, for he thought it was Eli who had called. Eli said he had not called and told him to go back to his bed. Again he was woken by the voice. Again he ran to Eli. ‘No, I did nor call you, Samuel. Now go back to your bed and sleep.’ But after some minutes had passed the voice came again. ‘Samuel! Samuel!’ He ran to Eli and said, ‘Master, you did call me!’ Eli then knew that something very important was happening. It was God who called the boy. He told him gently to go back to his bed and, when the call came again, to reply, ‘Speak, Lord, for your servant hears you.’ And Samuel obeyed. The message God had for him was the beginning of a life he had never expected.

The way those boys listened was rewarding. Serious faces were practically motionless all the way through the story. They were the perfect audience. And, after all, they were a hard-working one. I had already attended other RSCM events and knew the high standards insisted upon. 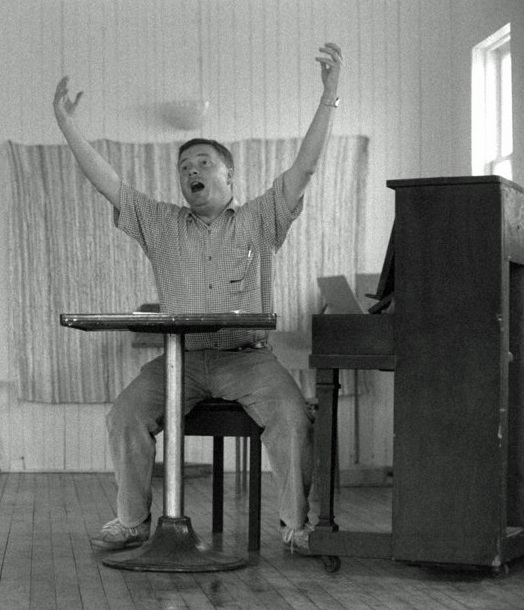 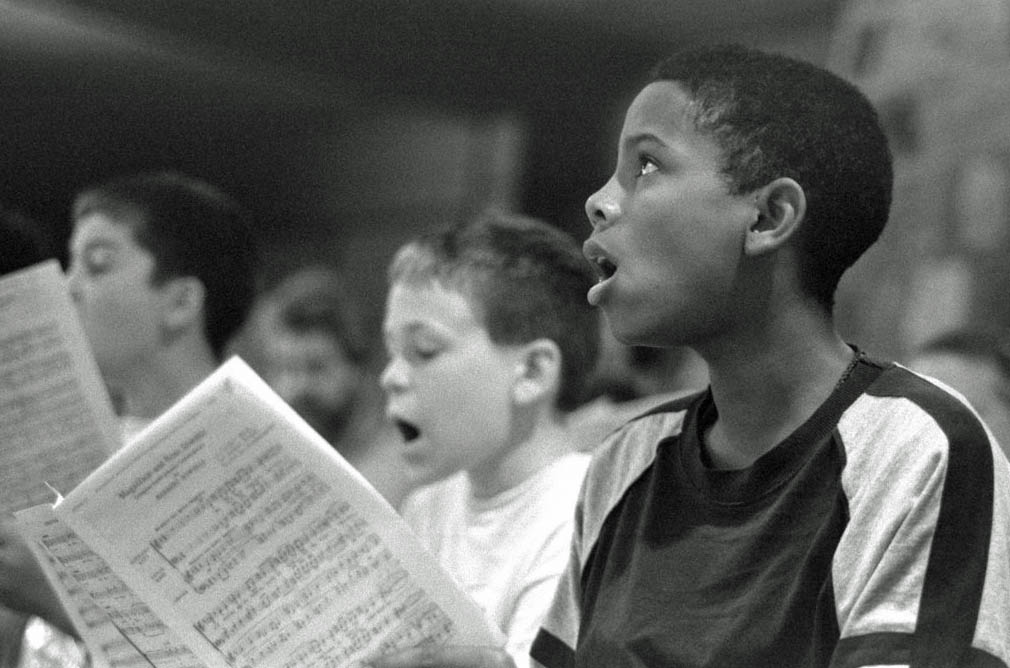 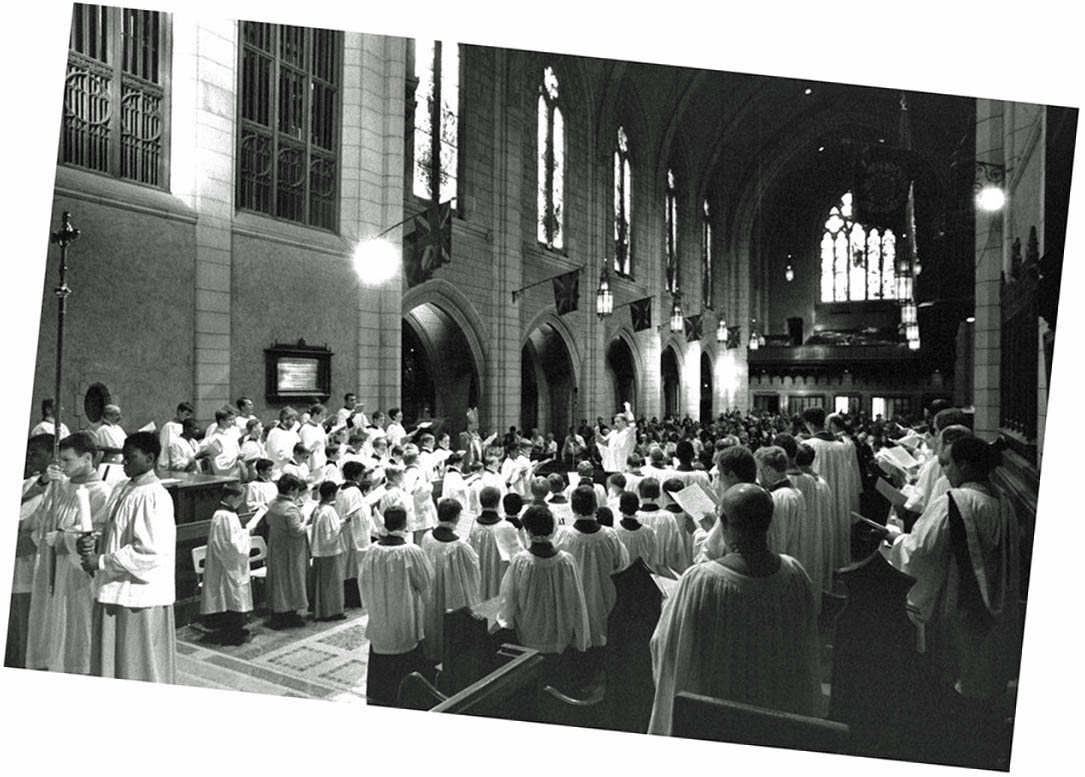 The week seemed to fly past. In the well-timed breaks for relaxation the boys kicked footballs, flew kites, messed about and enjoyed themselves. On the final morning Alan and I sat side by side as usual, listening. Every now and then he would nudge me and whisper ‘Perfect!’ or ‘Ah, that was so good’ and I could see he was beginning to relax. It was going to be good.

And then, to crown what had been a wonderful week, I had an unforgettable surprise. As they sang I was aware of a door opening at the top end of the long room. The Secretary emerged. I watched as she moved quietly out and stood, trying to catch the conductor’s eye without actually interfering.

Eventually he spotted her and stopped the choir. She went up to him and said something quietly. He turned to face the room.

I could feel my throat going dry as I walked to the secretary’s office. Was it bad news? Some accident to my wife, Barbara? Our kids? The Secretary closed the door behind me. I picked up the phone. It was Barbara calling from England.

’Congratulations!’ she said, ‘you’re a Grandfather!’ The rest of the conversation was blurred by my astonishment – not that I didn’t know the great day was getting close.

I came out of the office trying to get my head round the fact that I had a granddaughter and found Alan standing by the door, looking anxious.

‘Everything all right, Paul?’ he said. And I told him, hardly hearing my own voice. He gave me a hug then turned and called to the conductor and the whole room.

‘I say! Paul’s a grandfather!’

The applause from the singers finished me off. The lump in the throat came and, so far as I can remember, I simply raised a hand in appreciation and stumbled back to my seat, with Alan in tow.

It was a week of sheer heaven; I was immersed in fine music and excellent company and I enjoyed myself utterly, thanks to the commission from the RSCM.

The birth of our first granddaughter, Eleanor, crowned it all. I dedicated the cantata to her.